WHAT is the best seo plugin for wordpress? 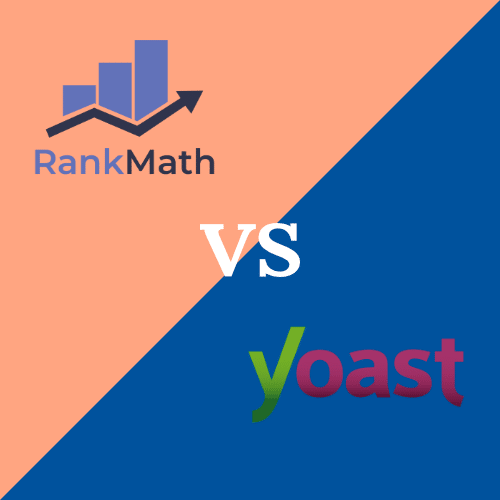 When it comes to building a website, one of the biggest elements you need to consider is SEO, and if you are using WordPress, you’ve likely whittled it down to 3;

Each is equally as impressive as the other, but as a beginner, it can be a difficult choice which one to use. So we have shortlisted our two favourites; Rankmath and Yoast, to see which one is best. Firstly let us take a look and find out a little bit more about these companies.

Skip to a section:

Rankmath is one of the newest SEO plugins available for WordPress, but don’t let that deter you, this powerful SEO plugin packs a serious punch and is chomping at the heals of the current SEO heavyweight plugin champion Yoast. It was launched in 2018 and have made no secrets about wanting to knock Yoast off their pedestal, their website has a page dedicated to being the #1 Yoast alternative, a pretty bold statement. But they’re right, it is the best Yoast alternative, we use it regularly and can safely say, we love it!

The king of SEO plugins. Yoast was launched in 2010 and very quickly established itself and the most popular SEO plugin for WordPress. In fact, for many years it was pretty much the default SEO plugin for many sites, the competition was simply not good enough, and didn’t get a look in. Besides being a hugely popular SEO plugin, it is just in general one of the most popular plugins, hands down, with over 200 million downloads and over 5 million active installs. Yoast has reined king for a long time, but is now time for a new king to emerge?

Both Rankmath and Yoast offer seriously impressive free options that are more than powerful enough for the majority of websites out there. Especially if you’re a beginner the standard features of both these plugins is awesome, but let’s take a look at the premium versions of each. 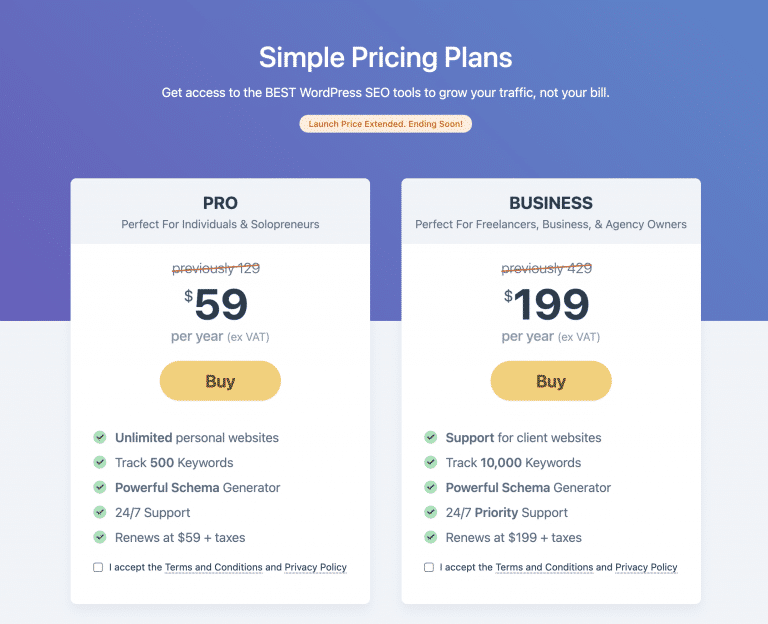 Rankmath offer two premium plans, Pro and Business, basically the business plan is designed more for agencies, so if you’re only building a site for yourself, you’ll need the pro plan. $59 per year is a small price to pay for the additional traffic your website might get. 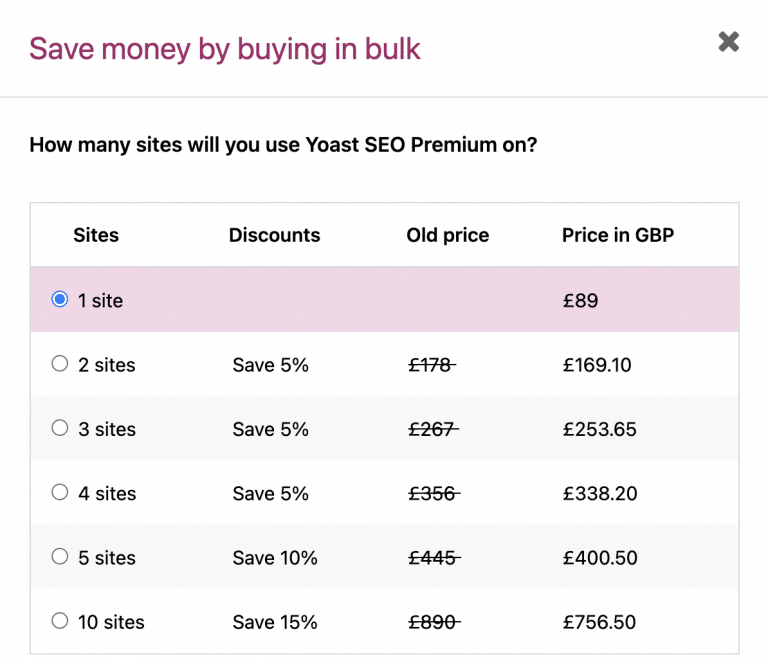 Yoast premium pricing is focused more on the number of websites you need to install in on, offering bulk discounts. However, predicting most of our readers will only need this for one site, the price will be £89. Again, the price is actually very reasonable when you consider how powerful this plugin is.

Again, it’s really difficult to separate these two plugins by their features as they both offer very similar features, both on their free and paid plans. Here are just a few of our favourite features of each.

This one is neither here nor there, both plugins offer an easy to use and quick setup wizard that takes care of pretty much everything for you. We simply couldn’t decide which one we preferred. 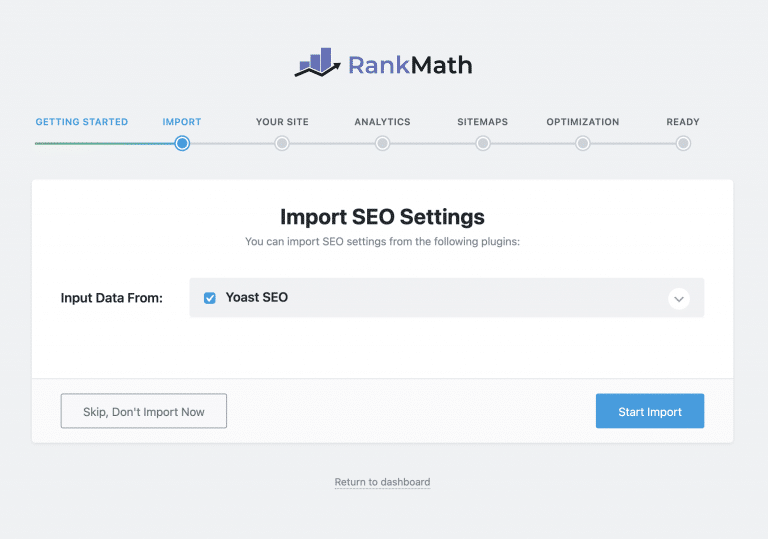 The Rankmath wizard allows you to configure your website’s SEO right from the start, however, one feature we do like is that, if you are converting an existing website from Yoast to Rankmath, it’ll import the data from Yoast, potentially, this could save you hours rewriting all those meta titles, thanks Rankmath! 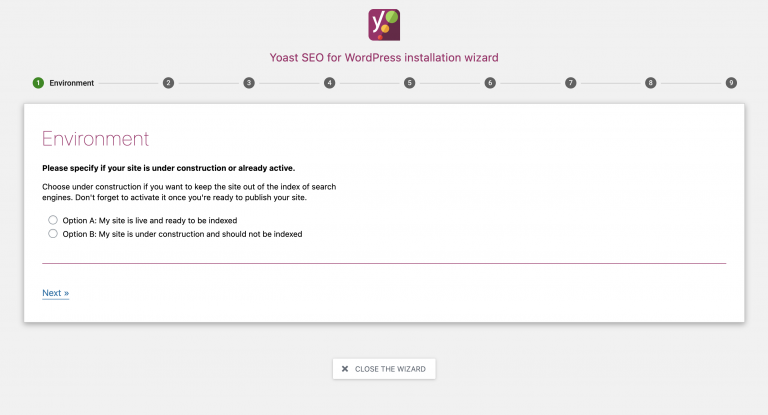 Like Rankmath the Yoast wizard is awesome, right out the box you can configure your whole website’s SEO and it doesn’t take longer than 5 minutes.

Once again we find ourselves splitting hairs here, but overall we like how simplified the Rankmath Interface is. Both plugins integrate seamlessly with Elementor so, if you’re using the most popular page builder, then you’ll be in great hands with either plugin.

While both interfaces look very similar, they have some slight differences. Rankmath for example gives a numeric score out of 100, which just seems slightly more accurate than Yoast’s colour-coded system. The main reason why we prefer Rankmath’s interface is their focus keyword panel. As we previously mentioned, Rankmath allows you to have up to 5 keywords on the free version and when you click on each keyword it shows the recommendations for that specific keyword.

Yoast has opted to use a colour-coded system, which is visually very pleasing but for some experienced users, this may feel like a right or wrong scenario, which as we know, SEO is not quite that simple. One very helpful feature that Yoast offers is it allows you to change and preview how your page/post will look on different platforms like Google, Facebook and Twitter.

In our opinion, there is a new king in town. Rankmath simply offers more features for free and for most people, who are looking to set up a simple website for their business, free is good. That is not to say that we don’t absolutely love Yoast and the reality is that Yoast is so good that it is likely to remain the most popular SEO plugin on WordPress.

Deciding on which plugins to use can be a tough decision, take a look at our list of the best WordPress plugins of 2021.